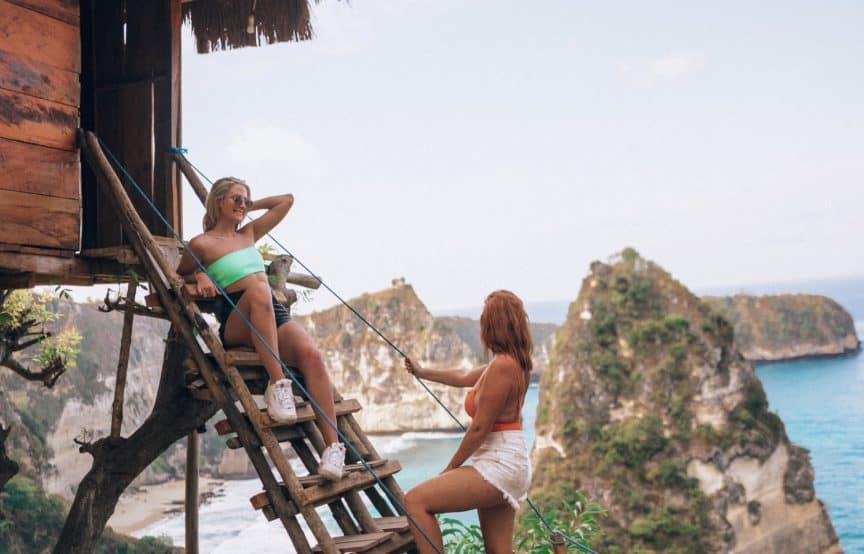 Nusa Penida is a small island off of Bali. You can do a day trip or stay there for a couple days. We opted to stay in Nusa Penida for two nights. Nusa Penida has so many picturesque opportunities but I must say that the island doesn’t seem fully prepared for the amount of tourist traffic that it’s Instagram fame has created. The locals mainly get around the island by scooters but I wouldn’t suggest using a scooter on Nusa Penida if you have never driven one before. The roads are pretty broken and worn down. I actually crashed one trying it here. I was fine but I saw couple that wasn’t so lucky on my ferry ride back. So, be careful. We hired a driver for the day who had a car. Getting around Nusa Penida in a car can take a while being that the many of the roads only fit one car, so at every turn they have to alert other drivers (by honking) that they are going the alternate direction. Cars going one way pass then allowing your car to go after they go. This happens a lot. So be aware of this with timing if you are getting around in a car.

The #1 Instagram spot in Nusa Penida is definitely the Kelingking Beach aka T-Rex photo. We got there around sunset because our driver was late picking us up in the morning so we were concerned that if we went at 10am it would be packed. I would suggest making this your first stop and having an early start. Just after sunrise would probably be your best bet. The steps down are quite tricky/scary, so be aware of where you step.

In addition to the shots I have below there is the tree photo and a concrete platform from up top that have great views. Being we were there just before sunset and didn’t want to wait in line for those spots we only did the steps. So, learn from our experience and get there early!

Diamond Beach named for their diamond shaped rock formations is a sight to behold. Also a scary walk down to. Basically all the top sites in Nusa Penida include a hike and a side of claustrophobic anxiety on the trek down & up.

Shots you can get at Diamond Beach:

Staircase: I would suggest getting this picture on the way down. I thought I would get it on the way back up because I just wanted to get down to the beach. Bad call because I totally was not feeling it after the long hike back up. FYI the walk down looks way shorter than it actually is. Takes 30-45 minutes.

Swing & Nest: They have a swing and nest set up down at the beach. The line is actually not bad at all. We were on a tight deadline since our driver was late that morning and we planned to go to Bali swing on the main land so we skipped this. But I sort of regret it.

Beach: As seen below, the rock formations and blue water are a tourists dream come true. You really can’t go wrong with this location.

Thousand Island is the viewpoint overlooking Diamond Beach. So, it is a super close ride. You will also find the famous Nusa Penida Treehouse airbnb here. When we arrived there wasn’t a line, but I have heard since our trip that they now charge to do a photo there. My favorite photos from the treehouse that I have seen are at sunset. So, if you’re doing all three of the spots I mentioned, start at Kelingking beach head to Diamond Beach and the Thousand Island for sunset. 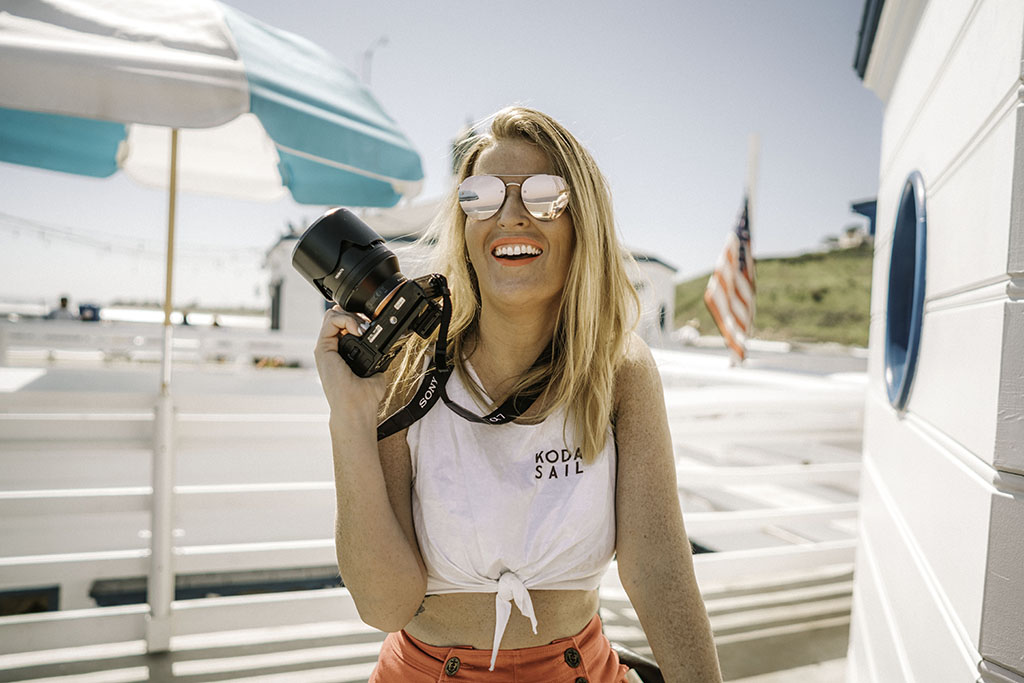 Brooklyn Girl trying to see the world and eat all the ice cream and pizza.